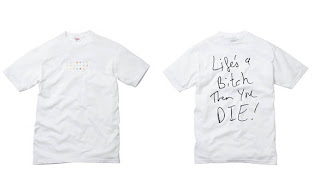 Along with some skate decks he has collaborated with Supreme on a box tee, using his own graphics, iconic Spot paintings. Hirst's work always grabs my attention as he studied at the same establisment as I did, Leeds College of Art & Design where his first application was denied. 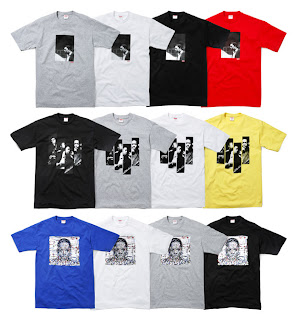 If your a Jazz fan look out for the John Coltrane tees too. The legendary saxaphonist and composer of "chill back relax and create tracks" well thats how they make me feel, has done a series of tees which have already been released. His son also a sax man was called Ravi ;)
A Love Supreme. 1965.
Posted by RSM at 02:33