Was quite an eventful trip a long journey from Leeds to Derby to London and I was only driver! I was Not too fussed about going but im glad I did!!

Gettin to DSM the queue was approximately 50 long. There was more 'Sharks' then in the Pacific ocean! The plan was you are given a raffle ticket to show at the door of DSM, you then write your message on a post-it on and attach to what ever page you want Nigo to write and sign on.
Mine was "RAV IS THE GENERAL"
Then you resided to the basement where the NOWHERE pop up show was set up. Nigo was sat with a translator and seemed to be getting rather bored and irritated by the time we got there! He simply wrote Rav in a speech bubble and signed the book, which was a tad dissapointing as I wanted the whole message and his translator had to rush us on and I could not get my Super Ape Stars signed. NIGO kept all the Post-it messages for himself, they would create interesting imagery collated together, maybe a t-shirt print?
Following a brand religously for many years the whole Bathing Ape brand died out for me as it became so commercial and lost its underground appeal, not so much exclusive anymore but I kept the more sought after bits.

We then proceed to Wagamama's had the food and decided to a runner haha! Guilt caught up with me and the shouts of "POLICE WERE CALLING POLICE" made me stop in my tracks and hand myself in, the rest of the squad continued to run off! They eventually came back and we did a walk of shame back into the busy restaurant with all the customers shaking their head in disgust! haha 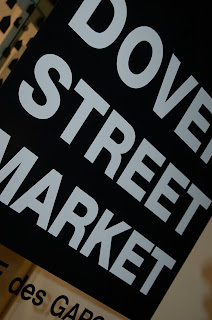 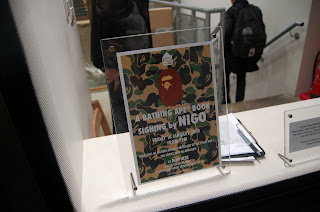 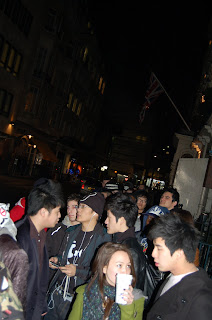 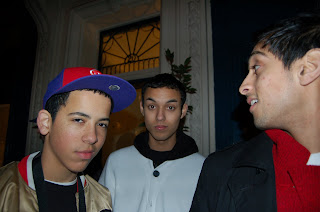 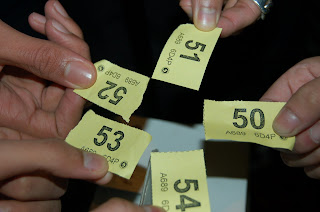 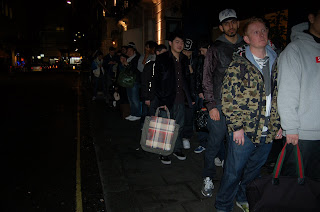 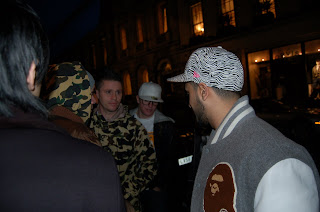 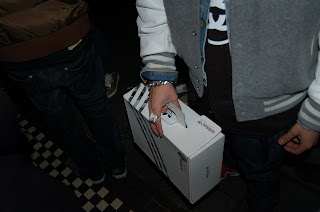 Neil being a Gimp doing pics for BBC Blog 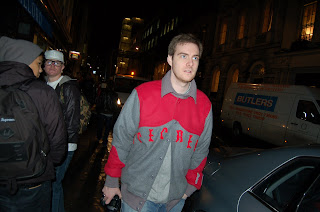 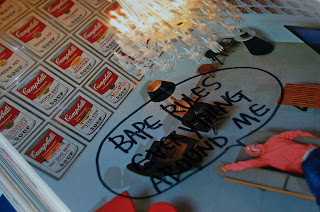 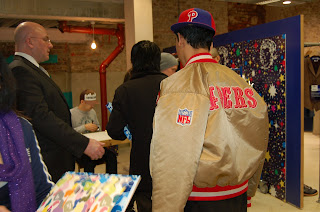 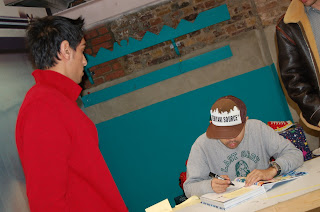 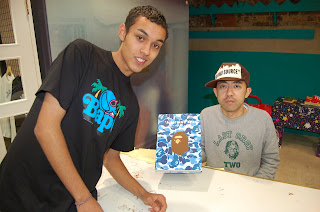 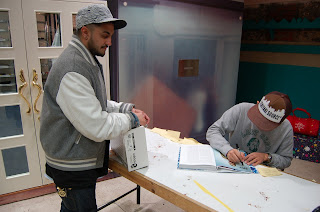 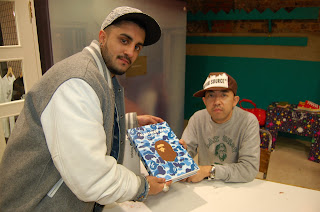 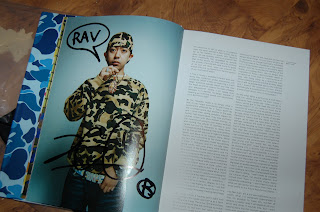 Gettin gripped trying to make an exit from Wagamamas with no payement! 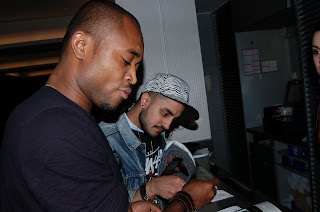