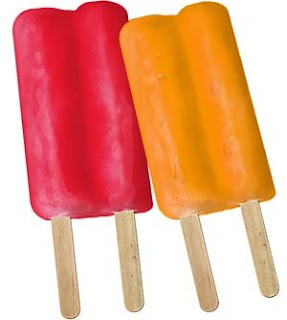 1905, 11-year-old Frank Epperson left out on his porch a mixture of powdered soda and water that contained a stir stick. That night, temperatures in San Francisco reached record low temperature. When he woke the next morning, he discovered that it had frozen to the stir stick, creating a fruit flavored 'icicle' ... a treat that he named his 'epsicle'. He then waited 18 years before releasing it to the public.
Posted by RSM at 13:44